The fight for free speech is a life and death struggle 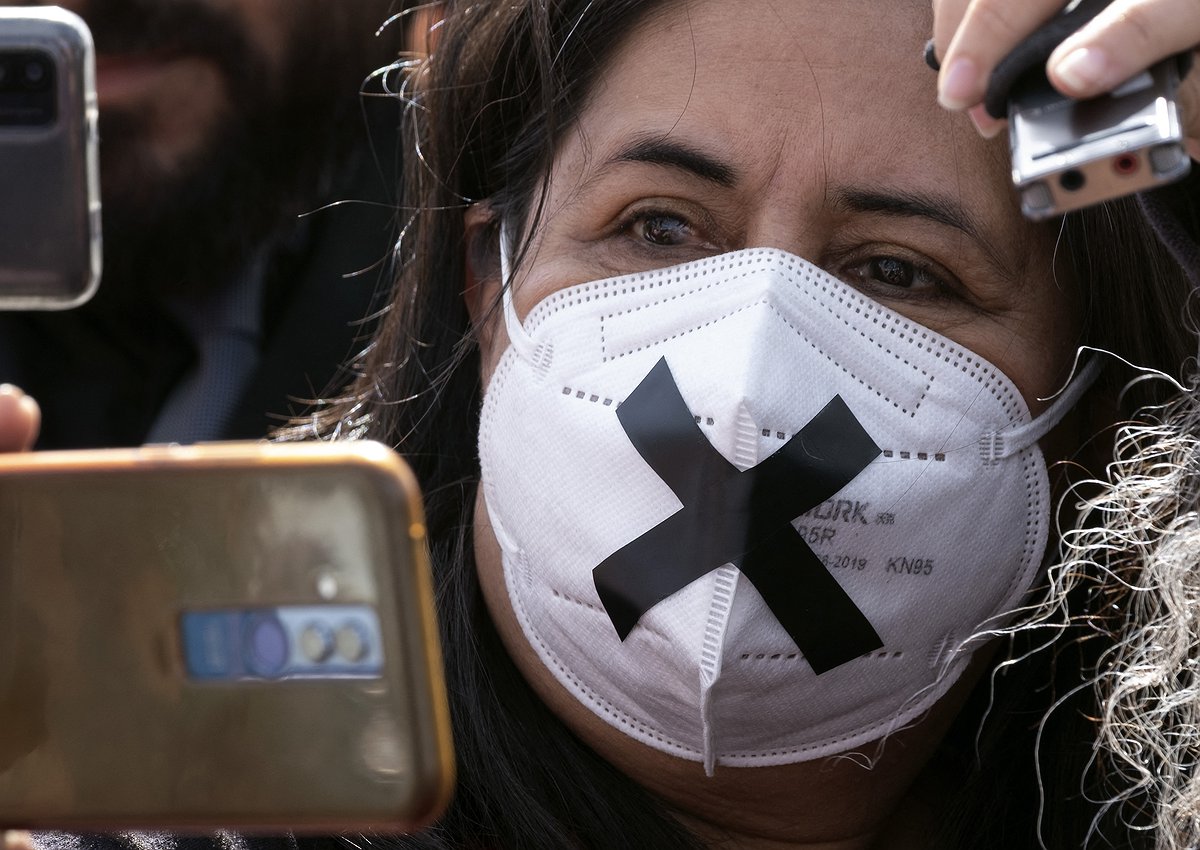 Fight for free speech is a life and death struggle

At 5am on 24 February, Mariya Frey, the head of 24 regional stations at the Ukrainian public service broadcaster Suspilne, got the dreaded phone call. Russia had invaded Ukraine. She rushed her daughters to the car and fled westward from Kyiv. With her she had a bag of cash and ID documents that had been packed and ready for several years.

Prepared for the worst, her colleagues were able to quickly begin broadcasting live from various locations in Ukraine, which they have continued to do uninterrupted since the start of the war.

This is incredibly important for the people of Ukraine where the very foundations of democracy are under siege and people need access to credible news.

But the fight for democracy and free speech is a life and death struggle. This year, 10 journalists have been killed in Ukraine, UNESCO figures show. Worldwide, the figure is 74, already significantly more than the 55 journalists who lost their lives in 2021. The war in Ukraine is one of the reasons the number is on the rise, according to UNESCO.

On International Day to End Impunity for Crimes against Journalists, and on every day, reporters working on the frontlines in Ukraine and around the world should be protected, just like civilians. But in many cases journalists have instead become targets during Russia’s invasion, while key media infrastructure has been attacked.

In Russia, independent media has been banned and forced to shut down. Foreign correspondents have been denied visas and deported, social media has been blocked and state-controlled media has become a tool of Kremlin propaganda.

Creating the conditions for free media and allowing journalists to report is a priority for all of us. In concrete terms, we must ensure journalists have access to the necessary reporting tools and personal protective equipment in places like Ukraine. But we must also counteract the violence and threats that silence individual journalists – and see to it that crimes targeting journalists are investigated, prosecuted and punished.

Unfortunately, this is not the case today. In the past 10 years, an average of one journalist has been killed every four days, and nine of the 10 murders have remained unsolved, according to UNESCO.

In Sweden, a bill proposing to increase the legal protection for journalists is expected to take effect on 1 July 2023. The new law would be welcome. An as-yet unpublished scientific article by Oscar Björkenfeldt, a doctoral student in forensic sociology at Lund University, says that journalists lack faith in the justice system when it comes to illegal cyber harassment.* More than half of the 3,000 journalists interviewed described their faith in the justice system as poor or fairly poor. Their main concern was that these crimes are not prioritised and that the justice system lacks the technical expertise to investigate cyber crimes. Several of the journalists pointed out that illegal cyber harassment has been normalised and is an everyday occurrence, in part due to the lack of legal support. This has a negative impact on journalism and freedom of speech and leads to journalists choosing not to cover some issues, the report says.

Swedish police have become better at dealing with cyber harassment, but prosecutors need to catch up. It is important to create an awareness that freedom of speech is in fact being challenged in Sweden, despite our extensive and strong free media and free speech laws.

But on International Day to End Impunity for Crimes against Journalists my thoughts are with those who are currently putting their lives and freedom on the line to report at the front lines of democracy worldwide, from protests on the streets of Iran to the ongoing war in Ukraine.

I am also thinking about all the journalists who have been silenced, imprisoned, censored and murdered worldwide.

I’m grateful for the work you are doing for all of our sakes. I want you to know that we hear your silence.

Cilla Benkö is an INSI board member and the director general of Swedish Radio. This article was previously published in the Swedish newspaper Expressen.

*The study is a part of the ongoing research project Threats and hate towards journalists: consequences for free speech and democracy, which involves researchers from Lund University, Halmstad University and the University of Gothenburg. It is based on a survey carried out in late 2020 and early 2021 which was emailed to about 10,000 members of the Swedish Union of Journalists. Those members whose jobs do not incur a risk of vulnerability were asked not to participate.